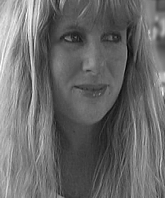 The price of freedom

LIZ HAYES: When they arrived at the Denpasar police station, she was told her problems could be easily solved. All it would take was money. How much money did they want?

MICHELLE LESLIE: Initially they said US$25,000 and then asked me if I wanted to negotiate in US or euro.

LIZ HAYES: And what did you say?

MICHELLE LESLIE: I thought was all a joke. Like I didn't actually believe this sort of stuff happened and I just thought, 'US or Euro? Are you joking?' And I was like, 'You're not getting any of my money? Do you know what I mean? I'm going to tell your boss what you're doing and that's it.' Like, 'pfft'.

LIZ HAYES: Did you get the money?

LIZ HAYES: Is that why you went to jail?

MICHELLE LESLIE: Yep. If I'd have had the money, I would have gone home.

LIZ HAYES: You think you would have been gone that night?

There are no comments to this entry.